After beating Spain in the last 16 of the Qatar 2022 FIFA World Cup, Morocco have become the first African country to reach the last eight in the global championship. The historic victory came after the Atlas Lions defeated Spain 3 – 0 on penalties following a heroic performance that will remain indelible in the annals of African football history. The Moroccans cruised into the last 8 with Achraf Hakimi scoring the game-winning penalty. 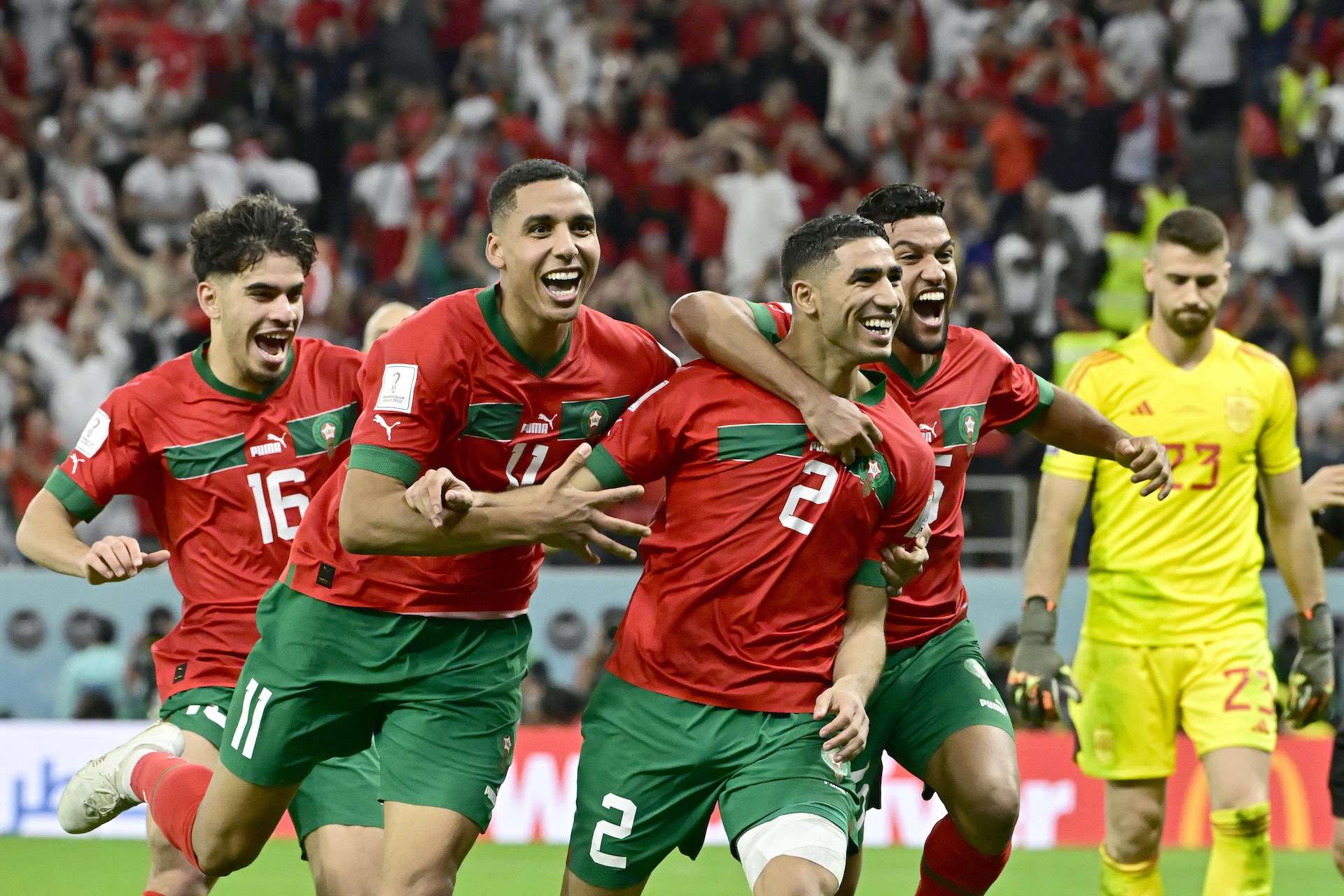 With excellent performances at the group stage and in the last 16, Morocco now poses a threat to any European and South American World Cup hopes. It was the Atlas Lions’ balanced tactics that helped them advance from the group stage to the last 16 and reach the quarterfinals. They defeated Belgium, Canada, and Spain, scoring four goals in the process. They became the first African nation to top their group at the World Cup before reaching the top eight.

To reach the historic quarter finals of the World Cup, the Moroccans had to beat Spain on penalties, proving how well they rely on the well-rounded approach of head coach Walid Regragui, whose clever strategies have proven key to the team’s success. In the much-anticipated Euro-African quarter-final match, the Atlas Lions will face the in-form Portuguese team, which mauled Switzerland 6-1, one of Europe’s most ambitious sides. All hopes are pinned on the Lions to create a new history that will live on in the minds of football fans for generations to come.

Pele, the 82-year-old Brazilian soccer legend, has passed away

Microsoft in talks to invest $10 billion in ChatGPT