At a time when the world could use a little more fizz, Pepsi delivers in a highly entertaining new campaign that will cut across cultural playgrounds with the uncontainable fizz of the brand. From thumb-stopping social content to its latest UEFA Champions League Football campaign, FIZZ brings together the delicious taste of Pepsi with the passions of those who love drinking it. 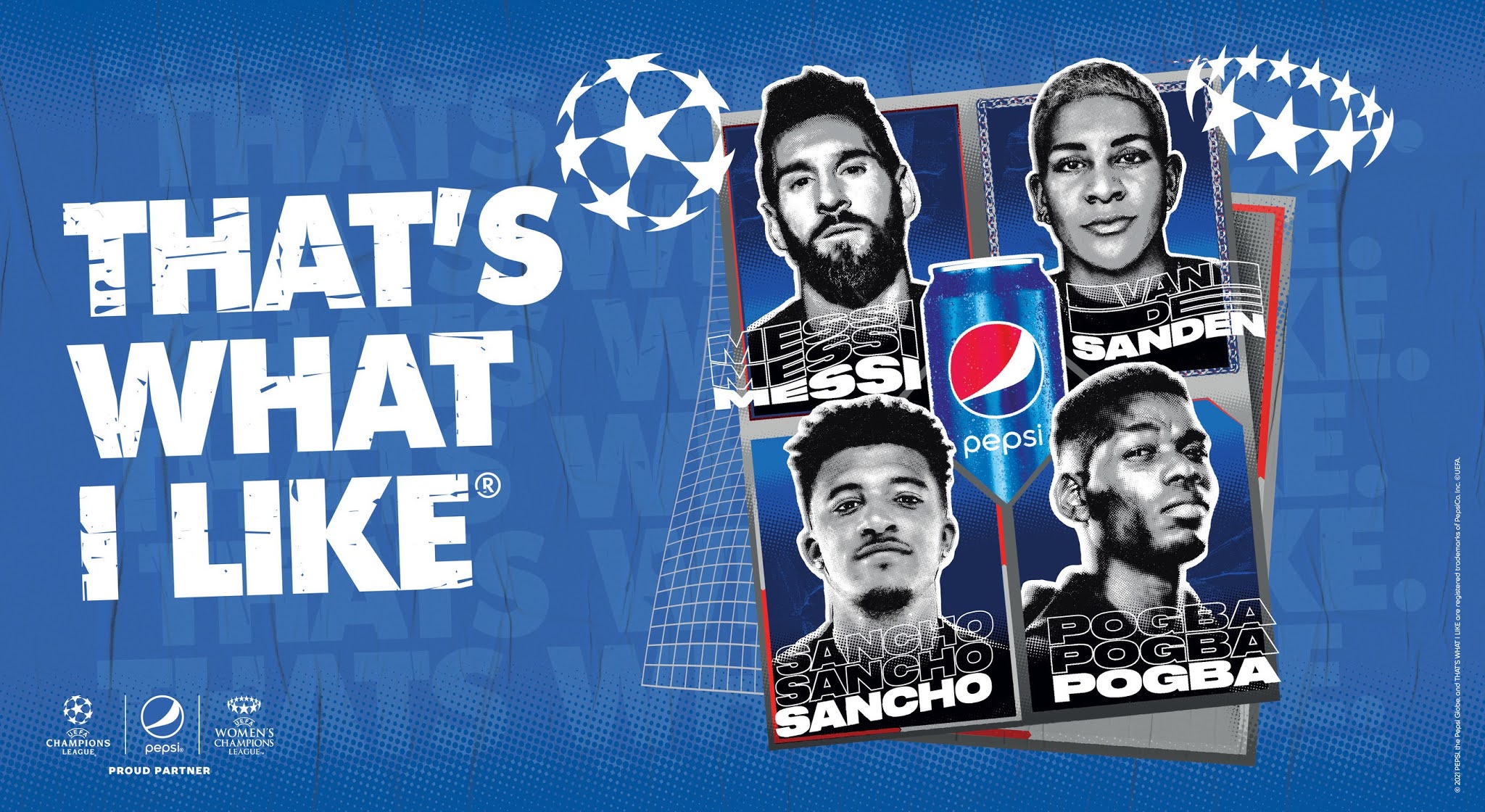 The football effort is led by a high-energy film, “Fizz to Life”, that showcases epic football skills set to a custom music track created for the campaign, “Rotate”, by global superstar Becky G and two-time Grammy nominated Afro-fusion musician Burna Boy. The creative fizzes from beginning to end, showcasing how Pepsi football breaks the bubble of the 90-minute game. The ad opens with a student on her laptop. An infectious beat drops, and the cracking sound of an ice-cold can of Pepsi being opened awakens images of Messi, Pogba, Sancho and van de Sanden on the walls.  The chase for the fizzing can of Pepsi is on as the players show off their flair and charisma with fast-paced football skills, shuffling and dribbling while leaping in and out of posters and magazines around the room.

Leo Messi commented: “I am excited to once again be a part of the Pepsi football squad. This year has been so much fun to film; I know fans are going to love it.”

Paul Pogba commented: “It’s great to be back again for another year with Pepsi. This year is even bigger than before with epic football skills and mad tunes. I can’t wait for you all to see it!”

Shanice van de Sanden commented: “I’m thrilled to be part of the 2021 Pepsi football lineup. The creative is packed full of energy and includes a great mix of amazing football skills and music, which I absolutely love.”

Jadon Sancho commented: “I’ve loved filming with the Pepsi squad this year! I can’t wait for you guys to see what happens when you combine football skills with some crazy new beats. It definitely won’t disappoint.”

The commercial is directed by Raine Allen-Miller, a powerful new voice in filmmaking. For this collaboration with Pepsi, she incorporates her quick-fire storytelling style to show just how far the players will go for the Pepsi fizz.

In addition to the hero creative, “Rotate” will be the soundtrack for an exciting array of digital content across multiple social platforms where fans will be able to interact with their favorite players like never before, including a world-first football challenge with TikTok Duet.

Additionally, the campaign’s limited-edition packaging, which integrates bold designs rooted in music culture and featuring the four players, gives fans an augmented reality experience accessed through a QR code* on pack. When scanned, consumers can play an interactive game with their favorite players and share their scores to Instagram Stories.

Pele, the 82-year-old Brazilian soccer legend, has passed away

Spotify will reduce its workforce by 6 percent

In the relaunch of Air India, Airbus to win 235 single-aisle jet…

Significant quarterly rise in gold is expected after interest rates…